Welcome to Paymasters in the historic East End of Newcastle. This building is a fine example of Georgian architecture which has been listed as an item of Regional Heritage Significance since 1987.

Paymasters is also situated within an area of State Heritage Significance:

In 1797, John Shortland first discovered and sailed into what he called Coal River in his search for escaped convicts from the colony in Sydney. On the shoreline were aborigines of the local Awabakal tribe. What is believed to be the original shoreline is depicted artistically on Bond Street just in front of the restaurant.

Abutting Paymasters to the east and south is the Convict Lumber Yard (1804-1822), which became the Convict Stockade Site (1823-1847). It is well worth a visit. Some of the original convict-made bricks are showcased in the low brick wall near where you enter the restaurant. Local historian John Turner discovered them when he was walking his dog in the area in 1987.
Custom House, the beautiful building to the west, was erected in 1876.

The Wharfinger’s Office, which houses the restaurant, was constructed shortly afterwards in 1879. The size of the original building was 20 feet by 17 feet, with the second storey being added in 1904. it was later used as the Paymaster’s Office to pay the railway workers in cash. It was vacated in 1981. Novocastrians frequently referred to it as Paymaster’s Cottage. Allowed to stand vacant for many years, it consequently became dilapidated before being restored in 1993. Paymasters has been operating as a restaurant since the 16th of November 1994. 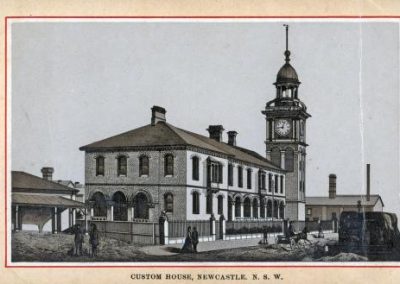 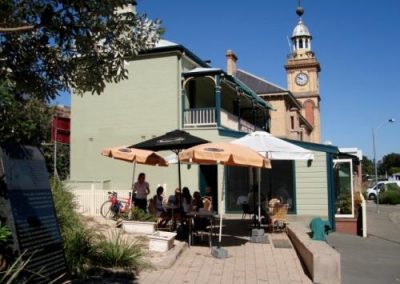 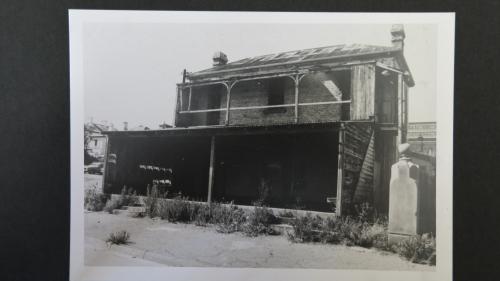